What a fun afternoon – 19 of our youngest Hoggets came to Warnford for a game of cricket – we had 4 U9s playing.  The two teams were ably captained by Edward M and Bear R.

Team Magnay won but we continued to play so that everyone got to bat a bowl.

The rain came as we were coming to the end of the first innings, but the Club Secretary had been bbqing quietly in the background, so everyone returned to the clubhouse for burgers, hotdogs, brownies and Magnums.  Once these were finished everyone was very keen to get back outside and finish the game. 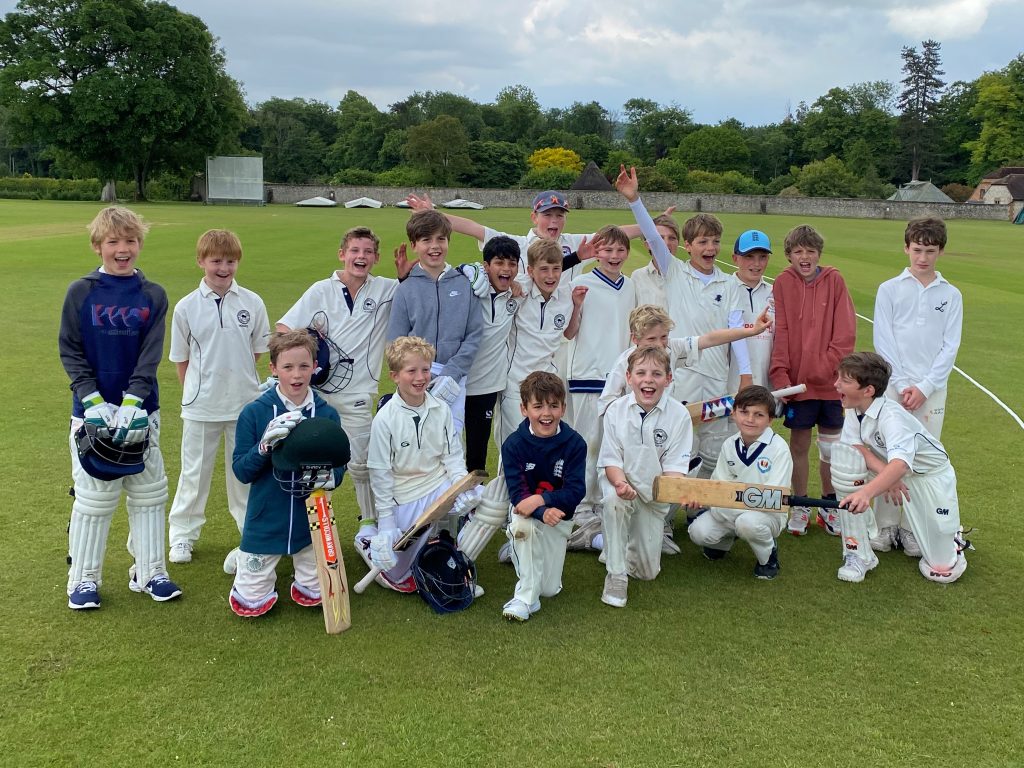